THE COMPLETE RECORDINGS: HAPPINESS IS 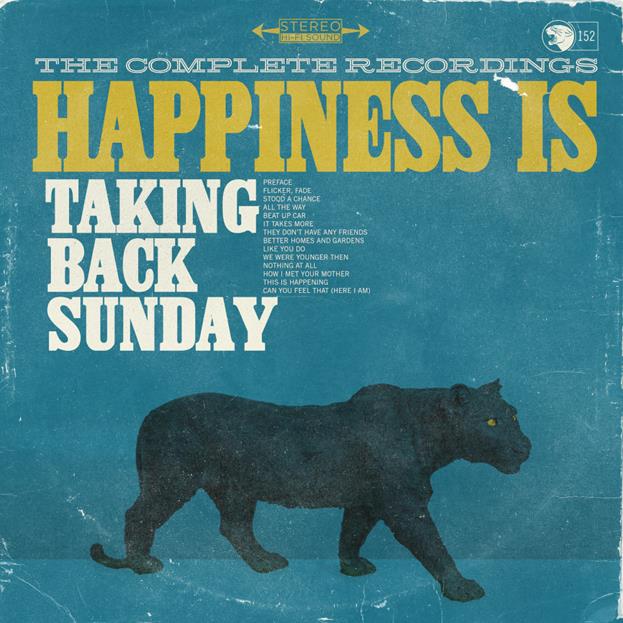 The Complete Recordings: Happiness Is will include all three studio b-sides and three additional acoustic renditions of album tracks, such as “Like You Do,” from the record that portray those particular songs in a different light.

“There was something real sentimental and warm feeling about the acoustic demo version of “Like You Do,” says vocalist Adam Lazzara. “Ed (Reyes) and I were staying in the saddest hotel in all of Long Island while the band was writing what would later become most of Happiness Is. This place was as close to one of those 1970s New York City hotels as I had seen in the movies and on the news growing up as you could get, the only exception being that it was on Long Island. Motel style, with ladies of the night, yelling at all hours, the works. It was the worst. I was missing home something awful, it was the worst it had been. That’s where “Like You Do” happened. In that smoky room, at that seedy hotel. I played it back on my voice recorder and it took me someplace else. I think we came pretty close to that feeling with this recording. At first we even talked about just leaving it as an acoustic song. Now we have both.”

You can also view our new video for “ALL THE WAY” ON THE PRE-ORDER PAGE.
“Hope you like the video for the song “All The Way.” It’s a tiny look at being on tour and what it’s like for us on stage when we are playing shows. A bunch of our friends helped film it and it’s great to use one of our songs as the background to hang on to some of these memories”- Mark O’Connell

Track Listing:
Happiness Is: The Complete Recordings 7-inch Track Listing:
Record 1:
Flicker, Fade
Stood A Chance
Record 2:
All The Way
Beat Up Car
Record 3:
It Takes More
They Don’t Have Any Friends
Record 4:
Better Homes And Gardens
Like You Do
Record 5:
We Were Younger Then
Nothing At All
Record 6:
How I Met Your Mother *
This Is Happening *
Record 7:
Can You Feel That (Here I Am) *
Stood A Chance (Acoustic) *
Record 8:
Better Homes And Gardens (Acoustic) *
Like You Do (Acoustic) *
*Previously Unreleased/Rare

Thank you for all of your continued support!